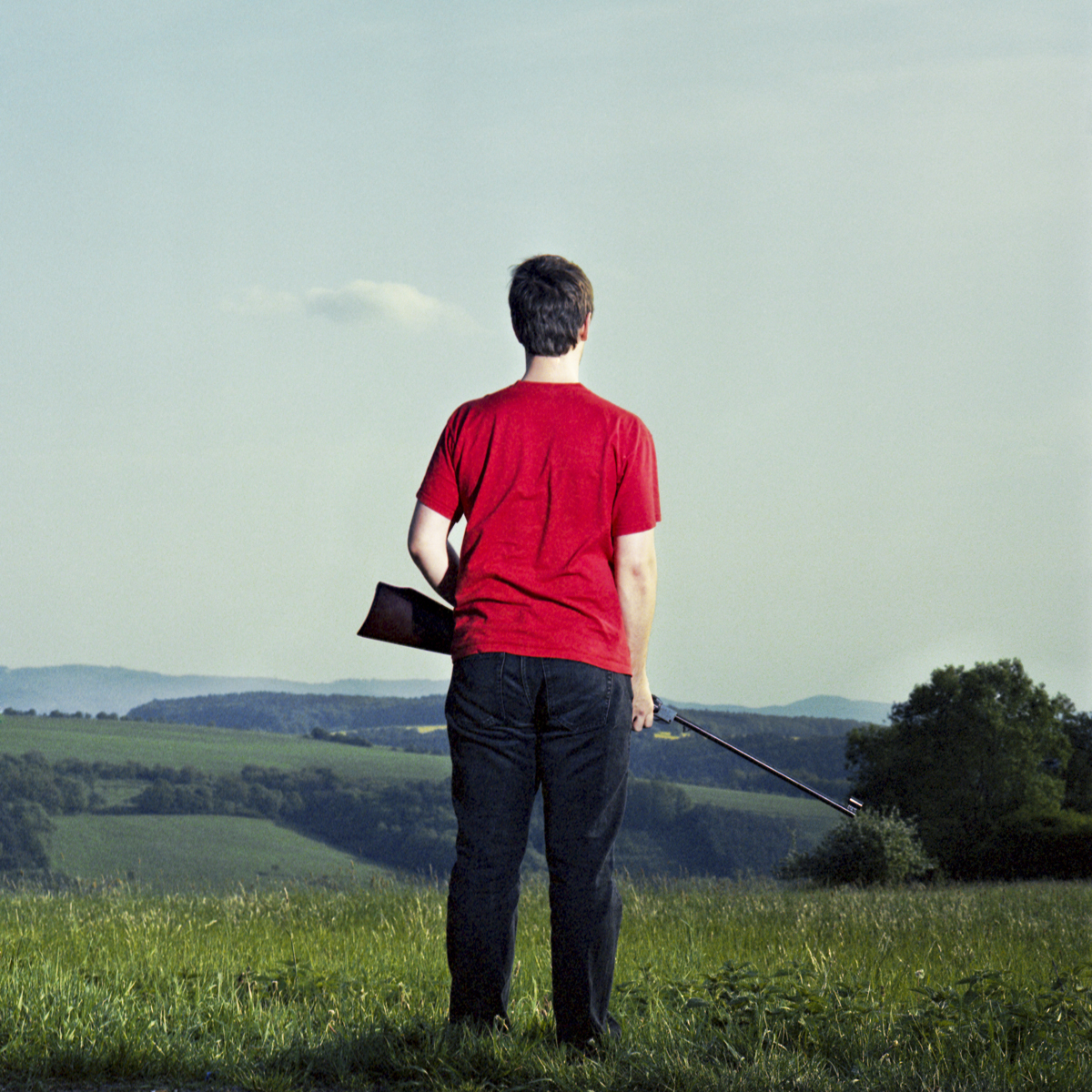 The series Research consists of several attempts, thoughts and observations I was persistently interested in but had no time to devote my time to. The Research thus represents a partial resolving of questions which were not resolved before. It was made on the basis of a theoretical examination of photography as a means of expression. It is thus closely connected to theoretical work. It deals with various problems; the most common clichés used nowadays as well as basis of imagery in colours and principles of seeing generally serve as good examples. Chosen photographs represent visualization of given problems or topics which were sketched. They actually originated as attempts, which – despite a real reason – gain

a character of a childish game, which is, however, an ironic answer to the situation. Cheapjack, trivial and superficial humour, which serves as a simple defence against outside world, is also an important part. A high visual impressiveness of some attempts became a big problem. I thus chose – on purpose – the least successful ones or the attempt was repeated. Visuality is freed from any impressiveness; its function is merely descriptive. Its origin results from a long-time process called deskilling – getting rid of gained skills and one ́s own style in order to create a universal non-verified photography. The situation thus takes place in an indefi- nite space freed from reality. Impulse to this step is an emphatic protest against often cowardly behaviour of authors, who play it safe and are thus closer to a guaranteed success, which, however, does not enable any progress or finding new possibilities within photography. Such visual chaos could confuse, or even insult some people, it is, however, necessary to realize that it is really inadmissible to recycle tried methods over and over again. Result of the research thus lies in a reaction to contemporary situation of my immediate surroundings.